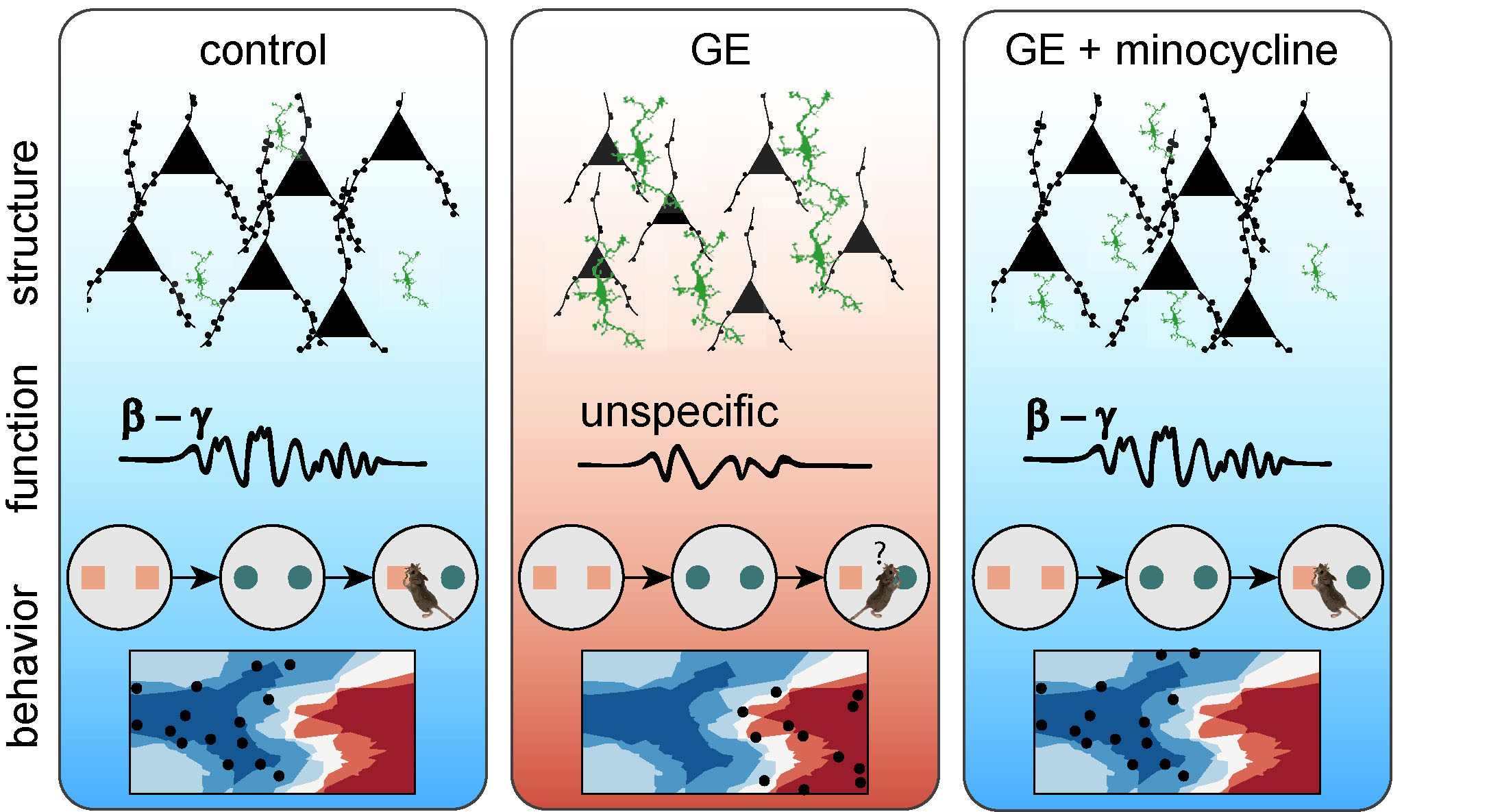 Cognitive deficits, core features of mental illness, depend on impaired prefrontal network functionality. This dysfunction is thought to emerge during early development, before a detectable behavioral readout, yet the underlying mechanism is still unknown. In this paper we address this open question in mice mimicking the etiology of psychiatric disorders. We show that pyramidal neurons in superficial layers of the prefrontal cortex are key elements causing disorganized oscillatory entrainment of local circuits in beta-gamma frequencies. Their abnormal firing rate and timing relate to sparser dendritic arborization and lower spine density. Administration of minocycline during the first postnatal week, potentially acting via microglial cells, rescues the neuronal deficits and restores pre-juvenile cognitive abilities.

If you are interested in doing your Postdoc on a related topic, apply to our group! For more information see [link]